How To Remove Acer Laptop Battery? (Do it in mere 5 minutes)

Acer is a well-known brand when it comes to laptops because these models come with unique features that you can’t easily find in the other brands out there. Talking about the unique features of the Acer laptops, how can one forget about the installed battery in the motherboard? A regular battery can be plucked out easily without removing any screws but this one requires a screwdriver.

During this process of battery removal, one has to be very careful. Any small misstep can lead to permanent damage to the laptop’s hardware. That’s why in this article I’ve provided all the minute details that one may need while removing an Acer laptop’s battery. So read this article till the last line and get your present in the end as well.

Precautions To Follow While Removing The Acer Laptop Battery

Removing a battery from a motherboard is tricky and dangerous as an inexperienced person may damage the motherboard or any other crucial part of the laptop. So, here are some tips which could be helpful to you when removing an Acer laptop battery.

To remove the Acer laptop’s battery follow the below-mentioned steps.

Tutorial for removing the Power laptop battery of the old Acer laptop models. Because in the case of old models the battery is not inserted inside the motherboard. So the procedure of battery removal is different in such cases.

How To Remove The Battery From Different Acer Models?

Removing a battery from a laptop is a simple task if it’s another brand, but in the case of Acer laptops, it’s a bit tricky and is somewhat a little different for different Acer laptops. Here I will help you to remove the battery of various Acer laptops.

People with Acer travel Mate laptops often ask how to remove its battery. The battery removal of the TravelMate laptop is very easy and takes about 5 minutes if you follow these simple steps carefully.

Like many other Acer laptops, Acer Aspire 3 has an internal battery that cannot be replaced easily; you have to remove the screws and open them from the motherboard. You can remove it simply like Acer travel mate and Acer Aspire E 15 laptops. The step-by-step methods to remove its battery are as follows.

Present (How To Remove CMOS Battery Of Acer Laptop)

As promised at the start, your bonus present is here. To remove CMOS all you need to do is

Removing a battery from a laptop is an easy task, but Acer laptops are a little tricky as they come with an internal battery. In this article, I have provided methods for removing different Acer laptop batteries. In case you are done with your old laptop and want to buy a new Acer model then I’d highly recommend you Acer Aspire 5 because of its amazing quality and long battery life. 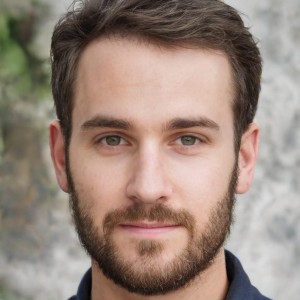 I am a computer geek living in Lewiston, Idaho. I have a degree in Computer Engineering from Washington State University. My vision is to make algorithms and programming easy to understand. So, I created this website so I can share stuff about computers with you.