How to Take a Screenshot On a Dell Laptop

Let me share with you an easy way to take a screenshot on a Dell laptop or any other laptop.

Only in 2021, a Google search report showed 1.9 million queries about how to take a screenshot. Taking screenshots is handy and saves a lot of time. It’s simple.

At times, we do not want to capture the entire screen, but just the active window. So, to capture any active window in the Dell laptop, press Alt + PrtScn at once. Alternatively, in Windows 10,  Windows Logo + PrtScn can be used to take a screenshot as well.

There are several ways to take a screenshot on a Dell laptop.

Dell laptops with Windows 8 to 10 do not need any special function to take a screenshot. They have a built-in function placed as a Print Screen key. However, the labels of this key may vary. For instance, it can be PrtSc, PrtScn, PrtScr, PrntScrn, PrntScr, or something similar.

Print Screen key is often in the top row marked as F10. In newer models, like the Dell Inspiron series, it is present along with the side Delete key in the top right corner. Key combinations may vary depending on the Windows installed in the Dell laptop.

If the PrtSc stops responding, or the combinations don’t work, there is another method for you. The snipping tool is an in-built Windows feature and works for all Windows and it is easy to set up. In addition, it has the advantage to capture the screen in different shapes. So, there is no need to crop the screenshot afterward.

The methods mentioned above work well when the screen is not moving at high fps. Gaming is different because every second matters. So, a popular way to screenshot among gamers is a tad different.

Ways to Save Screenshot on a Dell Laptop

Capturing a screenshot is easy, but figuring out where and how to save it can be a little tricky. However, it is easy if you get a hang of what you need and how to do it.

The quality of a screenshot also depends on the visual depth and screen settings. So, make sure to turn off any blue light filter to capture a screenshot.

Once a screenshot is taken, you can choose different formats to save it.

Save It to Clipboard

First, move to the window or the page you want to screenshot. If you are using PrtScn or Snipping tool method, the screenshot is automatically copied to the clipboard.

In Windows, using a direct key as PrtScn will save the screenshot in a Screenshots folder in Photos. If you want to alter the position of the screenshot, then you can either change its location or follow the copy-paste method mentioned above.

Moreover, the default folder for Screenshots can be changed.

It not only changes the default location, but it also moves the already existing screenshots in a Dell laptop.

Your Dell laptop may have a variety of features to take a screenshot without hassle. The easiest among them is the Print Screen method. On the other hand is the Snipping Tool method, which gives a number of editing options like Crop, Highlighter, Print, etc. Try all the methods and see what works the best for your Dell laptop. 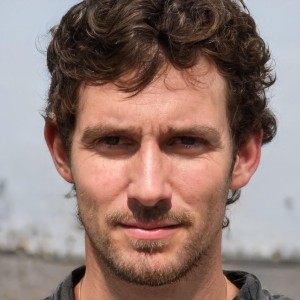 I am Anthony Mark, and I work in IT support as a Computer Hardware Technician. I am interested in problem-solving all issues related to computer hardware and software through stepwise guides. I hope one day my guide helps you with your computer issue. Adios!